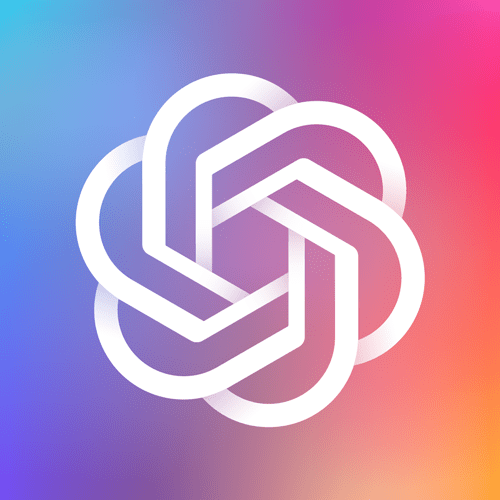 Artificial intelligence is the new revolutionary thing that can complete your task easily. The internet went crazy when a new text interactive tool named GPT-3 was launched, and many experts found that it is a new revolution that may create a new option in various sectors.GPT-3, whose complete name is Generative Pertained Transformer-3 (GPT-3). This is the third version of this tool released. A third-generation “state-of-the-art language model” .It is broadly used as a text interactive tool, and many experts used it as an information generator tool. After a great hype about artificial intelligence, we got a newly developed GPT-3, which could be the next big thing, creating various opportunities. Many experts found that AI is even better at creating content.

Generative Pertained Transformer (GPT-3) uses a language algorithm that is used to interpret text, provide answers to our question, compose text, and all this is done with the help of machine learning. It can even be used to recognize patterns and also used as a cloud that can store and process. It has almost about 175 billion learning parameters. It can perform any number of the task assigned to it, which makes it the largest language model by surpassing the Microsoft Corps Turning-NLG algorithm, which has 17 billion learning parameters.

What is a Parameter?

A parameter is a function argument with a wide range that could predict new data and is a key for machine learning algorithms.

Where did this AI come from?

OpenAI, founded by Elon Musk, Sam Altman, and his colleagues, announced a new language model that can create a revolution in AI and named it GPT-3.

Can you use this AI?

Everyone cannot access this AI. So for this, OpenAI has introduced a waitlist where people can apply for a demo.

1)send an application to OpenAI’s official API waitlist form. It is just a basic form that asks you how your firm is using this AI.

It can make business memos; it even creates fiction, which has creativeness similar to what a human creates, and it can also provide codes. This means its use is beyond our limit.

DEMO did by some experts mentioned below:

Jason Rohrer used GPT-3 as a chatbot that conversed with several other AI.

Andrew Mayne used GPT 3 as an AI writer, which corresponded his clients with the historical figures through the mail.

When this all started?

In June 2018, OpenAI started its work on generative models based on artificial intelligence with the help of machine learning algorithms and datasets. Through the process of Generative pretraining of a language model, it does a specific task in a given time frame. Later it was improvised and updated to GPT-3.

In February 2020, Microsoft launched its T-NLG, also known as Turing Natural Language generation, which was the largest language module with 17 billion parameters. It was also able to do a variety of tasks, but later it was dethroned by GPT-3 with almost 175 billion parameters.

Is it safe and trustable?

While looking into demos, we founded that it is capable of creating realistic and remarkable fake news as an article. So we cant be sure about its safety. It is given a piece of text as an input; it takes information about the text, reviews it, and then creates a subsequent output.

GPT-3 has evolved a lot and has advanced features than it had in its predecessor GPT-2, which was released in 2019 with 1.5 billion parameters, and even with 40GB of texts, it was able to create coherent creation.GPT-2 was able to produce different styles of text when prompted with an opening sentence.GPT-3 can consider carrying out a task and compile it in a single go to give results. We can input a huge amount of text and proceed with it without interruption.

It has been trained to hold up datasets close to trillion words, due to which it can distinguish two different language styles.

Where can GPT-3 lack?

It has a lack of mind as it is artificial intelligence, which also means it cannot decide the ideas and concept on its own. It will need some human aid at various stages.

Another drawback is that it gives output word by word, which means it will take time to create a passage or narrative materials.GPT-3 doesn’t have a constant mindset. When it does a task, it varies within a couple of lines.

It may be a bit expensive and need much power to carry its functioning, and even OpenAI hasn’t given full details about this AI algorithm, which could be a privacy threat. Its output may not be perfect in long and complex tasks, whereas it completes the short task easily. These issues must get addressed so that their details get opened, and everyone can afford them.

The world of AI is evolving and coming close to human intelligence, and it plays a big role in understanding human intellect. It is a path towards transforming AI to reach the level of human with machine learning algorithms.

GPT-3 has opened up a new chapter in machine learning, and it has a general feature.GPT-3 AI has no task-specific functions, and it needs no special datasets. It simply interprets as much text as possible and provides output.

In coming years, we may see such AI’s getting more modified, and they may add features where we could add multimedia such as voice notes, images, videos, gifs, etc., and it may able to translate what’s in the media.

AI technology is still in progress, and there is a lot to improve. It is getting much attention from the various sector and will 100% revolutionize the whole world.

GPT-3 has taken the world by storm. There are thousands of tweets about it with numerous mind-blowing use cases which you can see for yourself if you search Twitter for #gpt3 hashtag.

In this text, I have taken a bunch of them to show general trends. In brief, GPT-3 allows humans to communicate with machines in Simple English. That means that by simply describing what you want to do you can get:

GPT-3 definitely will influence how we communicate with our devices and lower the level of technical sophistication one needs to build new applications. As such it will be a tool in a process of democratization of AI.

7. Search Engine — answering your questions with a source link

The best wireless and wired Samsung earphones in India : buyer’s...

Top 4 best apple watches you should own if you are...

Best Pen Tablet for Creating and Teaching (under budget)