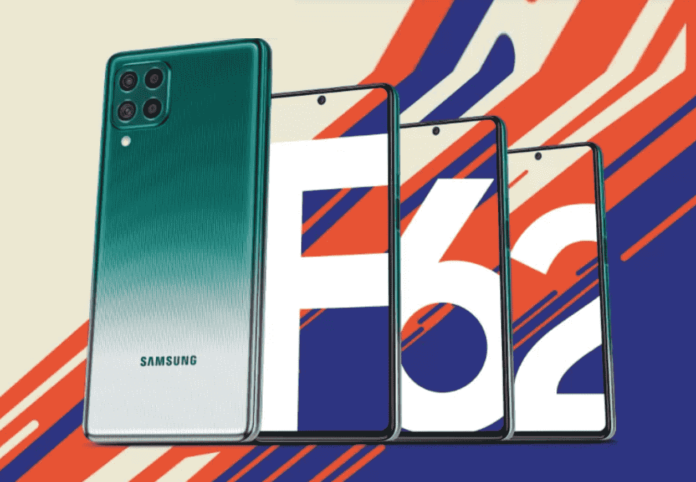 Is Samsung Galaxy F62 Worth It?

Samsung is releasing its 7nm flagship device the Samsung Galaxy F62 with a tagline full-on speedy. It will be launching on Feb 15 at 12 noon in India. Its price will be under ₹25000 with a flagship-level processor.

As per its teaser, the thing we can see is:

All these scores are tested and generated by Samsung labs and are compared with the next closest processor.

What’s the Price of the Smartphone?

Its price will be available under ₹25000 which will almost change the landscape of the competitor smartphones. But depending on its specification it will be a threat for other smartphones.

Is the Processor is amazing?

It is having Exynos 9825 processor whose ANTUTU score is above 452000. Its Geekbench 5 score is 2400 (Best in class segment score ) and its GFXBench 5 Score is 68. As per the processor review, this processor is a battery efficient processor and also provides powerful performance in terms of gaming as well as multitasking. It will be exciting to see a  7nm Flagship processor in the price range of ₹25000.

It will run One UI 3 based on the Android 11 operating system Hence, the battery of the phone will last for a longer period and will not exhaust in the middle of a task.

What kind of display do we get?

It will be having a Super AMOLED display. As rumored it may have a display near about 6.8 inches

How Efficient is the Battery?

Whether it be gaming or some heavy task that needs time, A 7000mAh non-removable battery will help us to do all these tasks for a long time and the fast charging support will make it charge within an hour.

Hence, the battery of the phone will last for a longer period and will not exhaust in the middle of a task.

What About the Camera Quality?

Samsung Galaxy F62  is having a quad-camera setup with a 64 MP camera and 8MP wide-angle lens,5MP macro lens, and a 2MP depth sensor. It will have some advanced features which include digital zoom, HDR mode, ISO control, Autoflash, exposure compensation. As rumored it will have a 32MP front camera.

Does this support 5g?

Connecting options in Samsung Galaxy F62 may include Wifi, GPS, and USB ( Type-C)  with a dual 4G stand. It may also support 5G.

Sensors in his device include a gyroscope, light sensor, accelerometer, proximity sensor.

Ques. When is Samsung Galaxy F62 launching?
Ans. It is launching on 15 February 2021 and will be available on Flipkart at 12 noon.

Other competitor devices available are:

Ques. What is the newest version of Samsung?
Ans. The Galaxy M51 is currently the latest handset in this budget series. It comes with a 6.7-inch Super AMOLED Infinity-O display with a Snapdragon 730G chipset paired with 6GB RAM and 128GB of storage. The handset runs the latest version of One UI Core out of the box.

Ques. Which Samsung phone is worth buying?
Ans. The Galaxy Note 20 Ultra is Samsung’s ultimate smartphone and the best Samsung phone you can buy right now. While the Galaxy Note 20 commands a high price — at $1,299, it’s more expensive than the Galaxy S20 Plus though not as pricey as the S20 Ultra — but its many advances are well worth the premium Samsung charges.

Ques. Is Samsung better than Apple?
Ans. iPhone is more secure. It has a better touch ID and a much better face ID. Also, there is a lesser risk of downloading apps with malware on iPhones than with android phones. However, Samsung phones are also very secure so it’s a difference that may not necessarily de a deal-breaker.
We hope that now you can make your Decision before buying this Phone – Samsung F62